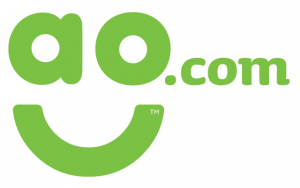 Established as recently as the year 2000, AO.com (formerly known as Appliances Online) has grown rapidly to become the “go to” Website for the purchasing of kitchen and other household appliances on the Internet.

Such has been the speed and success of this growth, it has caused a major shake-up in the industry, with long-established competitors such as Currys no doubt taking a big hit as a direct result. (according to their page over on WikiPedia, the company had total revenue of a shade under £385 Million in 2014…).

My reason for discussing (and yes, promoting) AO.com here though is for the simple reason that (in addition to highly competitive prices) the Website itself is also an object lesson for how to deliver an effective eCommerce User Experience. The design is straightforward (without being overly minimalist or “No frills”) – and the functionality is intuitive and spot-on.

I’ll be expanding on this new article in due course, but in the meantime take a look here:

If you happen to use either Facebook and/or Twitter you are welcome to check out and (optionally) “Follow” my accounts on there. Follow @mounsey I “Tweet” on a daily basis under the username of @mounsey and you’ll also find regular updates on the Facebook page for Mounsey Web Consultancy. Finally… for free tips and news on popular digital marketing…

*Save the date!* Unless you have been living under a rock (with no WiFi..) over the past few weeks in particular, you should already be aware of the shiny new legislation that will apply (across Europe) from 25th May, 2018 This new kid on the block is called “General Data Protection Regulation” (or “Oh No, Not Another…

If you are a business customer and have yet try out Amazon Business there has never been a better incentive to do so! Amazon (UK) are offering a massive 50% off first orders placed on new Amazon Business accounts (for a limited time only – for full terms see the Amazon Website). SAVE 50%

Excellent news to report on the security front. Over the course of Quarter 1 and Quarter 2 of 2018, I have been driving home the importance of clients upgrading their Website(s) to include an SSL security certificate. As I’ve mentioned here before (on more than one occasion!) although there has yet to be a change, Google…

So, what is a “Slider”..? For those unaware of the terminology, a web “slider” is a group of large format images, typically located at the top of a web page. They “slide” in or across the page and are designed to promote different pages and/or messages. Handled well, they can draw the viewer in. Done…

Just a quick one… For anyone new to this Website / Blog, you might also be interested in visiting some of my other online destinations (of which there are plenty!). Here’s a brief introduction to some of the key ones: Mounsey.co.uk – The main/official Website for my business (Mounsey Web Consultancy) YellowBasket.co.uk – My fledgling eCommerce demonstration Website (powered…